What is JSON? and What is the Use in Programming? 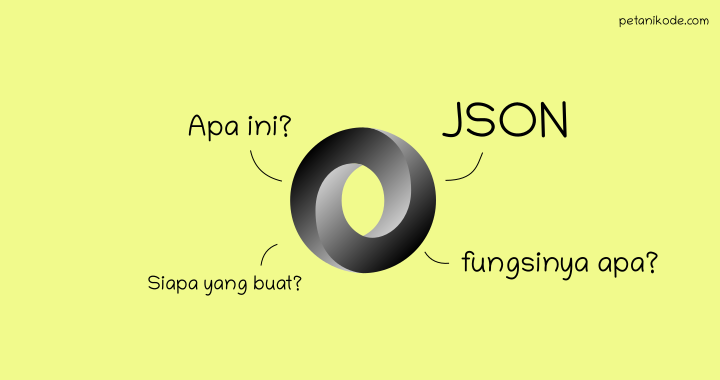 For those who have just heard JSON, you might ask:
"What is JSON? and what is the point in programming? then how to use it? "
Me too.
At first I did not understand, what was JSON and how it behaved in the world of programming.
But after going through various kinds of experiments, finally I could understand.

Whatever programming language you will use ...
... you must understand JSON.
Because JSON is widely used in creating applications and is used in almost all programming languages.
On this occasion, we will discuss the basics of JSON that you should know.
Just know these 5 things:

We start from the understanding of JSON first ...
JSON (JavaScript Object Notation) is a data format used for exchanging and storing data . 1

JSON is a part (subset) of Javascript. JSON can be read with various programming languages ​​such as C, C ++, C #, Java, Javascript Perl, Python, and more.
This makes JSON the ideal language for data interrelation between applications .
JSON even dominates its XML predecessor (eXtensible Markup Language) ...
When compared to XML, JSON is simpler and easier to read.

Therefore, more people use JSON than XML.
The following is a graph of JSON usage compared to XML, YAML, CSV, and protocol-buffers.

A Short History of JSON

JSON was first popularized by Douglas Crockford. A software engineer who is also involved in developing Javascript programming languages. 2
JSON is not found by just one person. It used to be called JSON ...
This means that the word "JSON" does not yet exist. People only know Javascript Objects that are sent over the network.
Since the explosion of AJAX technology in 2000, JSON was introduced and in 2001, the json.org domain began broadcasting.
Until now, JSON is widely used everywhere.

Application of JSON in Programming

JSON is usually used as a standard format for exchanging data between applications. 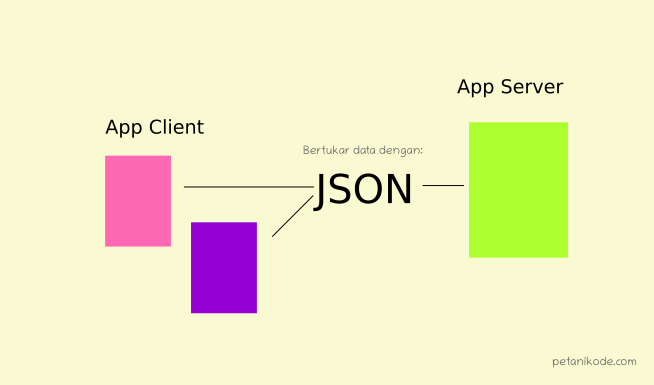 But actually not only that, there are still other functions from JSON.
Here are some of the implementations of JSON that I have met:

Look at this JSON structure.

This is the simplest structure ...
JSON always starts with curly brackets { and closes with parentheses }.
Then inside curly braces, it contains data that is the format key and value . If there is more than one data, then separated by commas and in the last data is not given a comma.

Then the key and valude are separated by a colon.
Oh yeah, for value ...
We can provide any data type. We can even fill with arrays and objects.
The following are the data types supported by JSON.

Well for arrays, it is made with square brackets [...].

Examples like this:
... and for example objects like this:
Notice in the key socialmediathere we give the value with the object.

How to produce and consume JSON data 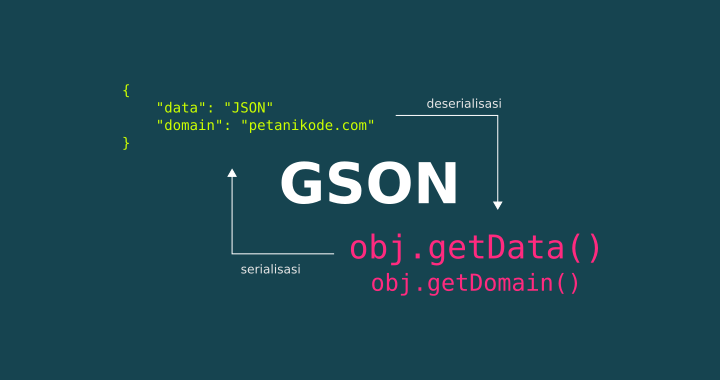 0 Komentar untuk "What is JSON? and What is the Use in Programming?"